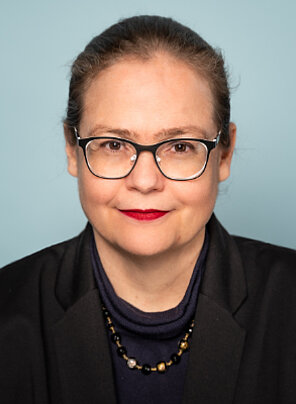 Areas of Expertise:
Egyptian and Oriental papyrus research, literature, religion and language as well as the history of art, culture and science

Together with Kirill Dmitriev I was a founding member of AGYA. I served as AGYA President from 2013-2015, and as German Co-President 2015-2016.
Together with the first academy members, we developed the concept for the democratic structures of AGYA including the constitution and the rules and regulations.

Among the particular AGYA highlights were overarching projects like: Migration in Education and Research or Arab and German Tales. Also, the opening of the AGYA office in Cairo was a milestone in the history of AGYA.

Since 2013 I am the Principal Investigator (PI) of AGYA. The PI is the interface between AGYA and the German Federal Ministry of Education and Research (BMBF) and all other cooperation partners. At the BBAW, I head the administration of AGYA and am responsible for financial affairs. As PI I represent and pool the interests of AGYA in academia and science diplomacy. Supported by the AGYA Advisory Board, it is my duty to develop the AGYA network rollout strategy for the Arab countries and Germany.

My research focuses on Egyptian and Oriental papyrus research, literature, religion and language as well as the history of art, culture and science. I published 20 books and numerous articles on these topics. I received my academic training in Egyptology and Oriental Studies over the years at Bonn, Tübingen, Cologne, Oxford and Harvard University. I conducted my postdoctoral work at Bonn, Oxford and Harvard University.

Since 2008 I am the tenured Collection Keeper for Egyptian and Oriental Papyri at the Egyptian Museum and Papyrus Collection, National Museums Berlin, Prussian Heritage Foundation. In addition, I teach Egyptology at the Freie Universität Berlin and I am honorary professor at the Humboldt University Berlin.

In the Egyptian Museum in Berlin, I am responsible for a collection of more than 30,000 papyri and manuscripts in ten different languages and scripts. In the Neues Museum on the Berlin Museum Island I was in charge of curating the new papyrus display, one of today’s largest papyrus exhibitions in the world, for a public of almost one million visitors per year

I received an ERC Starting Grant of 1.5 million euros for five years from the European Research Council (ERC) for the research project “Localizing 4000 Years of Cultural History. Texts and Scripts from Elephantine Island in Egypt ". With ten project employees, I carry out innovative research in cooperation with the engineering and natural sciences. I communicate the results of my research to the general public in the context of my museum work.

In 2011 I was awarded as one of the “100 Women of Tomorrow” by the “Germany - Land of Ideas” initiative of the federal government and the Federation of German Industry. I was also awared “2013 Young Scientist” by the World Economic Forum in recognition of my academic and curatorial achievements in the field of Egyptology.

I am a board member of the Harvard Club Berlin and a liaison professor (Vertrauensdozent) of the German National Academic Foundation. Visiting professorships and fellowships led me to the universities of Harvard and Princeton. I was able to realize various interdisciplinary special exhibitions nationally (Berlin, Bonn) and internationally (e.g. Abu Dhabi, Doha, Harvard).

I serve on various committees for science policy and cultural diplomacy.

My advice to future AGYA members

As a former member of the Working Groups Common Heritage and Common Challenges, Education and Transformation I can say: Get involved in as many projects as possible. You will not regret it. Think out of the box! Meet some of the most interesting people. This is a once in a lifetime chance! Take it!

Signing of the Memorandum of Understanding between AGYA and the Academy of Scientific Research and Technology (ASRT) in the presence of H.E. Prof. Dr. Khaled Abdel Ghaffar, Egyptian Minister of Higher Education and Scientific Research with Prof. Dr. Verena Lepper (AGYA Principal Investigator), Prof. Dr. Martin Grötschel (President of the BBAW), and Mahmoud Sakr (President od ASRT) in Berlin, Germany, 2017, as a concrete step to establish an AGYA Regional Office at the Egyptian Academy in Cairo.

Exhibition in Abu Dhabi ’From Cinderella to Sindbad’

An Egyptologist and a Chemist Team Up to Study Ancient Artwork