El Khandaq is a town in Northern Sudan. It is the site of an important fortress, known as “Qaila Qaila” (Red Fort), whose beginnings are dating to the Christian period. During the 19th century the town expanded much beyond the fortress and became one of the places with urban institutions in Northern Sudan, whereas now it is largely depopulated.

The town of El Khandaq, with its once famous river port, used to be the residency of wealthy merchants, who built two-storey houses of mud brick, with many rooms, as well as one-storey dwellings. Most likely, the town of El Khandaq was built over a large cemetery. Graves are everywhere: inside the inhabited houses, along the roads, beside the graveyards, vaulted roof burials, group burials and beneath limestone hills. Qubbas (domed tombs) and shrines of sheikhs are also numerous in El Khandaq and to its north.

Today, the remains of the fortress, which still dominates the town, are in urgent need of support and preservation – especially the towers. The northern wall which extends east-west does not exist anymore and the wall to the east is cut through by a walk way. The reuse of its stones for the construction of houses from the early 20th century onwards as well as the temporary use of the fort`s interior as a manure storage site has have contributed to the further destruction of the fort.

In 2014, the archaeological sites of El Khandaq were added to the tentative list of UNESCO’s World Heritage. The analysis of their archaeological remains is thus of high interest as the collected data contribute to the research on trade relations and the cultural exchange not only between different regions in Egypt and Sudan, but also between Egypt, the Mediterranean and the Middle East.

For this reason, samples were collected from the field in El Khandaq and analysed at the University of Khartoum. The characterization of the archaeological materials was based on the application of the following methods:

FT-IR, for instance, allows non-destructive fingerprinting of samples without any chemical transformation. On the basis of infrared absorption, it is possible to identify different materials present in a sample. However, in archaeological samples, materials are often present in complex mixtures of components in various degradation states. In many cases, FT-IR analyses are then no longer sufficient to allow a precise identification of aged mixtures of natural materials. Only through the combination of different complementary analytical techniques a comprehensive overview of the chemical composition of the investigated samples can be gained. By applying these state-of-the-art methods, the expert team obtained, for example, valuable information on how the clay was processed and the pottery created, which in turn serves as a basis for the development of future conservation strategies.

As part of the research project, an international AGYA workshop on “The Role of Analytical Science in the Characterization of Archaeological Materials” was also held at the Department of Archaeology of the University of Khartoum. Within the framework of this workshop, local and international experts discussed the high potential of applying scientific approaches in archaeology and exchanged perspectives on establishing a respective degree program at the University of Khartoum in the future.

The results of this interdisciplinary Tandem project were published Open Access in a high-ranking scientific journal to increase the outreach of the research findings and to introduce the innovative methodology to a large research community. 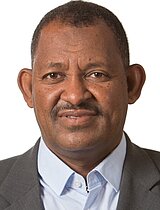 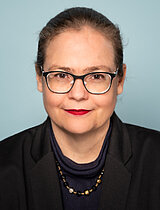 Get insights into this interdisciplinary research project