Ruins have often captured human imagination and, in one way or another, they have been inscribed in a community’s history, cultural memory, or local lore. But where does this captivating quality of destroyed or decayed buildings come from?

Members of the working group invited international experts to discuss the cycle of the creation and decay of architectural heritage from a transcultural and diachronic perspective. While the destruction and deliberate reconstruction of cultural heritage across time and place served as the main focal point and central theme of the conference, the methodological and disciplinary approaches of the individual papers navigated across a wide interdisciplinary spectrum. In order to go beyond the individual perspective of the researcher and the respective case study, this conference took a wider geographical and historical approach by contextualizing a variety of cases of destruction and reconstruction and combining these with new insights from sociology, political sciences, and psychology.

The history of destruction is as old as humankind. The past decades, however, have witnessed a shift in the meaning attached to the deliberate destruction of buildings and the symbolic character of ruins. What has changed is the way in which acts of destruction are promulgated, celebrated, and perpetuated not least by being carefully staged, photographed, and filmed. The most recent destructions of cultural heritage in Syria and Iraq have caused an enormous outcry in the media in general and in social media in particular. Only little later, a plenitude of publications, exhibitions, and conferences followed.

However, the international and interdisciplinary AGYA conference ‘Destruction/(Re-)Construction: Interdisciplinary Perspectives on Cultural Heritage in Conflict’ taking place in Beirut from 30 September to 2 October 2019 offered new, comparative and contrastive perspectives from various scientific fields and geographic regions. Drawing from case studies on India, Syria, the Balkans, and on the hotly-debated future reconstruction of Palmyra the conference participants specifically looked at how the destruction and/or reconstruction of cultural heritage is staged, debated, and perceived by the agents of destruction as well as by the audiences of destruction and reconstruction.

Throughout the rich 3-day program of the conference, scholars who study the most recent cases of destruction exchanged with scholars working on cases of destructions, deriving from conflicts in South Asia or the Balkans, which still have massive repercussions today but for which there is a longer tradition of engagement in politics, in heritage conservation, and, of course, in scholarship. In a nutshell, the participants discussed if we can learn from Mostar for how we look at Mosul?

In a public keynote lecture by Alexander Fischer, University of Basel, on ‘Destruction and Us: How a Burning Notre-Dame Affects our Emotions’ another focus of the conference was reflected – the emotional perception of destruction. The partially reconstructed building of Beit Beirut, standing right on the former demarcation line of the Lebanese civil war, created a remarkable surrounding to discuss the way cases of destruction are perceived, how they influence our emotions, how they are depicted in popular and scholarly publications, in exhibitions, and in the media.

In collaboration with the Orient-Institut Beirut (OIB) and as the second public evening event of the conference, the panel discussion ‘Cultural Heritage in Conflict: Perspectives from Art and Literature’ widened the scope of the conference to the realm of the arts. The Lebanese novelist, Hoda Barakat, together with video and visual artist, Ali Cherri, as well as the Lebanese artists, Abed Al Kadiri and Alfred Tarazi, debated the role of arts and artists in the perception of destruction and/or reconstruction of cultural heritage in conflict. 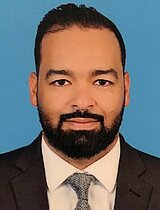 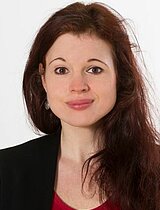 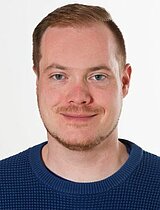 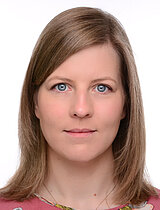