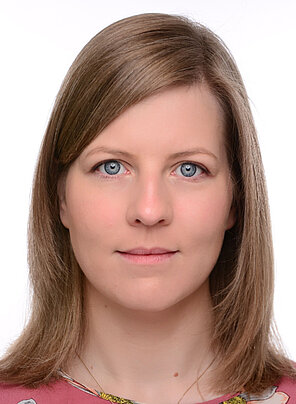 I am a scholar of comparative and Middle Eastern law currently affiliated with the Max Planck Institute for Comparative and International Private Law in Hamburg, Germany. My research spans across and simultaneously connects three core areas of investigation: (1) contemporary Middle Eastern and Islamic law, (2) private international law, and (3) law and/in popular culture. My research on contemporary Middle Eastern law employs comparative law methods and theories to study the complex interplay of different legal regimes, such as state, religious, and international law. My research on Islamic law and private international law in Europe revisits marriage and divorce laws in Muslim countries against the background of an ongoing debate on how foreign laws in general, and religious laws in particular, should be applied by European courts. My most recent research on law and popular culture in the Middle East revolves around Arabic-language cinematic and television formats. I study contemporary courtroom dramas to explore cultural representations of law and justice and how these impact the viewers’ perceptions of different legal systems.

With a scholarly focus on law and legal thought in Muslim societies, my research navigates across a wide disciplinary spectrum. I profit tremendously from exchanging ideas with colleagues from other disciplines, such as sociology, anthropology, political science, and history. Similarly, I find it of great importance to conduct research internationally and particularly in exchange with scholars in the region on which my own research focuses.

I am very enthusiastic about AGYA’s principle aim of bringing together scholars from Germany and the Arab world to collaborate in joint transdisciplinary research projects.

I believe that AGYA is an ideal setting in which to foster in-depth scholarly research as well as sustainable personal networks and transcultural discussions with lasting impact on society. As an AGYA member, I collaborate with fellow academics on projects involving law and cultural heritage, law and popular culture, and contemporary debates on legal methodology.

On a personal note

Must read in my discipline:
Modern Challenges to Islamic Law by Shaheen Sardar Ali

In this podcast episode, we welcome AGYA members Professor Lena-Maria Möller from Germany and Professor Mohammed Alkatan from Kuwait.

Their conversation will delve into the implications of COVID-19 for the Islamic pilgrimage, the Hajj, and for public health. Mohammed will also provide some practical tips for staying fit while working from home.

Arab Uprisings: Beyond Media and Liberation

The COVID-19 Pandemic in the Arab World

Not in my Backyard – Renewable Energy Projects