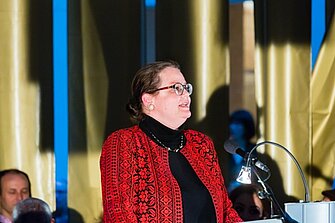 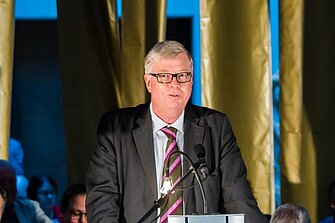 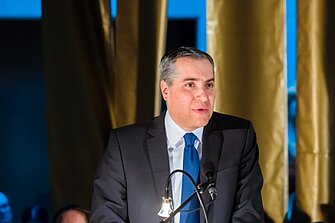 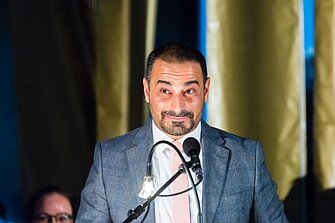 In a first-of-its-kind display, the Neues Museum on Berlin’s Museum Island hosted a special exhibition entitled ‘Cinderella, Sindbad & Sinuhe: Arab-German Storytelling Traditions’, created in collaboration with the Arab-German Young Academy of Sciences and Humanities (AGYA). ‘At a time when societal debates are increasingly focused on demarcating borders and differences, it is all the more important to research the diverse, historically grown similarities and common ground between different cultures, and to present them to a broad, international public’, says Dr. Georg Schütte, State Secretary at Germany’s Federal Ministry of Education and Research (BMBF), in his preface to the publication accompanying the exhibition. The opening event for the exhibition on 17 April was the cultural highlight of the AGYA Annual Conference 2019 in Berlin.

Stories connecting cultures and transcending boundaries of time and space

With artifacts ranging from ancient Egyptian papyri to the stories of the Brothers Grimm and Arabian Nights, as well as modern pop-up books and comics, the trilingual exhibition (German/Arabic/English) highlights mutual influences and shared motifs between Arab and German narrative traditions across 4,000 years. As Prof. Dr. Verena Lepper, AGYA Principal Investigator (PI) and curator at the Egyptian Museum and Papyrus Collection Berlin, emphasized in her welcoming remarks at the opening event, the exhibition explores how stories like the tale of Sindbad have been reinterpreted and adapted throughout history, providing insight into how ideas and notions travel through space and time. It further tracks cross-cultural linkages, such as how the triumph of the young heroine known variously as Cinderella, Aschenputtel or Hamda can be found in tales both in Germany and the Arabian Peninsula. Ultimately, the exhibition casts a spotlight on the complex processes of cultural exchange between the Arab world and Germany through storytelling, past and present.

Emphasizing historical commonalities instead of distinctions

The exhibition was created as a joint project between AGYA and the Egyptian Museum and Papyrus Collection of the Staatliche Museen zu Berlin, funded by the BMBF and with valuable support from the Council of Arab Ambassadors in Berlin and the Mission of the Arab League in Berlin. ‘By shedding light on the intensity of cultural exchange between Germany and the Arab countries since the Middle Ages, this exhibition demonstrates that no man is an island’, said Dr. Mustapha Adib, doyen of the Council of Arab Ambassadors to Germany, in his cordial greetings at the exhibition’s opening. ‘If we want the international situation to get better, it will have to be done together in cooperation and by insisting on what brings us together rather than what tears us apart.’ AGYA alumnus Dr. Bilal Orfali (Lebanon), who contributed to the exhibition with his expertise in the field of Arabic studies and literature, echoed this sentiment in his welcoming remarks: ‘In AGYA, each member, of which there are around 70 of us here today, weaves their own story, but the crisscrossing of these stories forms a larger frame story. The frame story is one of commitment – to cooperation, collaboration, research, understanding and shaping a better world.’

A memorable evening of cross-cultural exchange

Following the introductory remarks, storytellers Sally Shalabi (Amman), Sabine Kolbe (Berlin) and El Haj Ahmed Ezzarghani (Marrakesh, Morocco) provided for a memorable evening with live storytelling performances. While some attendees listened to the storytellers’ animated examples of some of the classic tales featured in the exhibition, others toured the exhibition itself and engaged in lively discussion at the accompanying reception. In addition to AGYA members from Germany and countries across the Arab world, 25 Arab ambassadors and diplomats were present from Algeria, Bahrain, Egypt, Iraq, Jordan, Kuwait, Lebanon, Mauritania, Morocco, Oman, Palestine, Qatar, Saudi Arabia, Sudan, Tunisia, United Arab Emirates, Yemen and the League of Arab States. They were joined by AGYA Advisory Board members Prof. Dr. Adnan Shihab-Eldin (Kuwait) and Prof. Dr. Martin Grötschel (Germany), as well as hundreds of visitors. With people from so many countries, cultures and disciplines in attendance, mingling and discussing aspects of shared cultural heritage through storytelling, the event was an ideal closing to AGYA’s successful Annual Conference 2019 in Berlin.