So far, the perception of Arabic-speaking philosophy in Europe has been limited to classical authors such as al-Fārābī (872-950), Ibn Sīnā (980-1037) and Ibn Rušd (1126-1198). Nevertheless, recent research challenges the perception that philosophy in the Islamic world has been concluded with Ibn Rušd (Latin Averroes); in fact, this perception is strongly argued against worldwide. Research publications of recent years, especially in German-speaking countries, such as the work of Sarhan Dhouib, Kata Moser and Anke von Kügelgen, have shown how the analysis of modern Arabic-speaking philosophers (since the 19th century) is relevant and much more diverse in its conclusions than previously perceived. They point to the thematic complexity of philosophic works from Arabic-speaking countries and their constant development through critical examination of European and Anglo-American traditions, but also of their own tradition. This philosophizing includes different intellectual profiles – be it men or women – and orients itself towards different philosophical schools.

The AGYA lecture series on ‘Contemporary Woman Philosophers in Arab Countries. Intellectual Portraits.’ sees itself as an intellectual and philosophical contribution to a necessary international debate on the representation of Arabic-speaking women philosophers in international academic discourse. Instead of talking about Arab women and their ascribed roles, this project aimed to create a space in which Arab women philosophers from six countries (Algeria, Egypt, Lebanon, Morocco, Qatar and Tunisia) can have their say and exchange ideas with a German audience of experts. 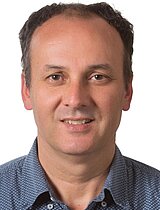 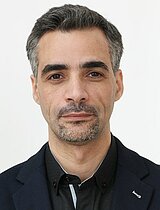