The cultural heritage in the Arab region is rich, diverse, and covers different historical periods. However, the number of heritage sites in danger in the Arab region is significant according to the UNESCO World Heritage List. The reasons vary from abandonment due to the lack of supporting resources, deterioration due to climatic influences to destruction in the context of political conflicts.

The UNESCO World Heritage sites Bosra in Syria and Ghardaïa in Algeria are two examples for threatened sites and in the centre of the interdisciplinary project by AGYA members Dr. Lilia Makhloufi and Prof. Dr. Sascha Hein in cooperation with AGYA alumnus Dr. Ammar Abdulrahman.

Despite the disparity and individuality of the two sites, they also share distinct commonalities: Being under human-made or natural threat and highly valuable for the cultural identity of their inhabitants and stakeholders. Thus, the project aims at analysing and documenting each site and examining the close correlation between the local heritage and the local population on the one hand, and developing sustainable preservation strategies on the other hand.

Bosra in southern Syria is one of the largest and most important archaeological sites in Syria and captures the countries’ rich and diverse history, which is both highly culturally and religiously valuable, for Christians and Muslims alike. However, as Bosra is located in the heart of the Daraa Governorate, it was the first to witness protests and clashes, and the city’s archaeological heritage was partially destroyed very early during the armed conflict. In a first step, a comprehensive map for Bosra will be created documenting the archaeological remains and the damage inflicted on it. By analysing the status quo, areas where urgent restoration measures are necessary will be detected and long-term preservation strategies will be developed.

Ghardaïa in the southern part of Algeria dates from the beginning of the 11th century and is a traditional human settlement that is facing cultural, environmental and urban challenges related to sustainability. Due to its geographical location and the density of population, the settlement is extremely vulnerable to flash floods. Very old traces of dwellings found on the plateau and rocky escarpments bordering the M’zab Valley were hit by exceptional and devastating river floods, for example in 2008. However, thanks to the continuous efforts of its inhabitants to safeguard their settlement, it has been preserved from the 11th century until the 21st century. Here, the focus lies on examining local heritage approaches of the inhabitants, their building techniques as well as effects of the climate on the way of living within the architectural and urban space.

Exposing the specific local preservation approaches and comparing the local perceptions of heritage, open up trans regional perspectives on these sites. By sharing experiences and preservation methodologies, the two UNESCO World Heritage Sites can serve as case studies and role models – not only for each other but also for further heritages sites in danger in the Arab world.

Empirical Study on Cultural Heritage and Identity Formation in Exile

Safeguarding and preserving cultural heritage can only succeed in collaboration with the heirs – no matter if they live next to the site or even abroad. Thus, the outcomes of the analysis of both World Heritage Sites allow for a unique, interdisciplinary perspective on the role of cultural heritage as a driving force in identity formation. How this is perceived by communities that are spatially separated from the local heritage has not been studied yet. Thus, the value Algerian and Syrian immigrants in Germany ascribe to cultural heritage and how it is embedded in their identity is addressed in this project through an empirical study. Through interviews and questionnaires, it will be examined if they perceive themselves as heirs of the heritages sites and if or how they wish to be involved into the preservation process. This perspective will shed light on phenomenological representations of past spaces and places to better understand how adolescents negotiate their multifaceted identity.

The findings and results of the project will be compiled and presented during the online conference ‘Interdisciplinary Perspectives on Heritage Sites in Danger’ from 15–16 December 2021. International experts from the fields of archaeology, restoration, museology and social sciences as well as education and psychology will come together to discuss results and future activities. 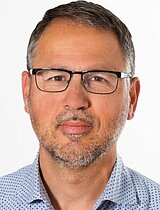 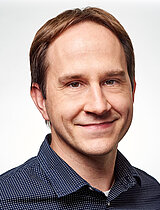 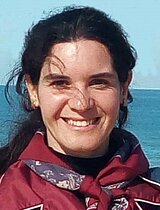