The ‘salon’ is a decades-old cultural practice that is deeply rooted in North Africa and West Asia where scholars, public intellectuals, poets, and activists gather to discuss pressing and current issues. In this vein, the AGYA Working Group Dynamics of Transformation, along with the Berlin-based collective of migrant artists and researchers, NAWARA Berlin, invited participants and guests directly from or adjacent to the North Africa and West Asia (NAWA) region to reflect on the past decades of Arab movements.

With a total of five discussion circles, Al Salon strived to differentiate its form from an academic lecture and focused more on establishing a non-hierarchical, participatory approach. By bringing together individuals with a variety of backgrounds, the Al Salon sessions offered new perspectives on the conversations had in academia over this past decade, engaging activists, artists, and the wider public. Two guests from different backgrounds were invited to each discussion circle to briefly share their insights on the session theme. The guests then engaged in a mediated conversation followed by an open discussion.

Al Salon focused on five main themes: Defeat; Second wave of uprisings; Politics of the urban poor; Recovery and healing; The role of the diaspora.

Prior to each discussion circle, readings and other preparatory materials were shared with participants. In addition to documenting these conversations, the project partners were working closely with a graphic artist who has drawn up a graphic novel to depict the emotions, discussions, and thoughts shared during these sessions. In this light, the graphic novel serves as both, part of the documentation process itself and a result of the workshops.

The series was opened in November 2020 with Khaled Fahmy, an Egyptian historian, and Yassin al-Haj Saleh, a Syrian activist and writer, who shared their thoughts on the meaning of defeat. The two speakers contextualized their insights on defeat in similar moments in history. Fahmy emphasized the importance of creating and continuing to reproduce counter-narratives to defeat; to see oneself as historical actors in these moments, so as to avoid historical erasure.

Berlin-based Sudanese scholar and activist Sara Abbas and Algerian scholar Naoual Belakhdar shared their thoughts in December 2020 on the most recent of the movements in Sudan and Algeria. Abbas emphasized the importance of understanding the intersections of class within the Sudanese uprising to grasp the inter-workings of Sudanese civil society. Belakhdar similarly reflected on how lessons for Algeria were extrapolated from the Syrian and Egyptian experiences. She explained how Algeria’s post-civil war history with internal strife strongly coloured how Algerians viewed the most recent protest movement.

Considering politics of the urban poor

In commemoration of Mohammed Bouazizi, whose self-immolation sparked the Tunisian revolution, the third session, looked at masculinities and the politics of the urban poor in revolutions. Berlin-based historian Leyla Dakhli and Egyptian urbanist Omnia Khalil joined the third session to share their insights with Al Salon attendees. Dakhli elaborated on how urban poverty played a critical role in Tunisia’s revolutionary moment in late 2010, pointing to the complex layers of urban poverty in Tunisia. Khalil discussed the mainstage of urban change in Cairo over the past decade. She discussed how insecure ownership regulation directly impacts the ability of Cairo’s urban poor to sustain a decent standard of life. She contextualized this in the long history of ownership regulation in Cairo and how these tactics are deeply embedded in Cairo’s urban change. Khalil suggests that these practices are not necessarily novel to Cairo; however, it is perhaps the degree with which these changes are happening that is unprecedented.

Feminist activist Yara Sallam and Berlin-based activist Ahmad Awadalla joined the fourth session to discuss recovery and healing in times of revolution. What does it mean to recover in the aftermath of a revolutionary moment? Finally, the series was closed with the fifth session on the role of the diaspora with Syrian activist Wafa Mustafa and Sudanese activist Ahmed Issam. This event focused on the role of diaspora groups in Europe and beyond. How can they engage with the places they have left while remaining in touch with reality on the ground and without speaking on anyone’s behalf?

Participants emphasized that recognizing personal experiences in research is inevitably difficult but at the same time rewarding and central for a comprehensive understanding of academia as a sphere of joint knowledge production and inclusive discourse. 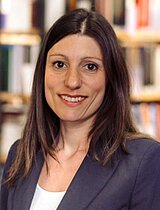