How to publish letters in the 21 century? The project takes letters from musicologists and ethnologist Brigitte Schiffer for experimenting in new forms of publishing with a highlight on the interconnection of graphics, layout, and translation. It is the continuation of Brigitte Schiffer: Letters from Cairo, where the translation of the letters were in focus.

An important component of the volume is to make Schiffer's networks and institutional connections in Egypt and beyond visible, for example in the field of international ethnomusicology. For this purpose, the letter edition not only contains a comprehensive commentary, but also a short biographical index of the persons mentioned in the letters as well as a contribution by the ethnomusicologist Susanne Ziegler. Her paper sheds light on Schiffer's field research in the Sahara during her PhD and on the intensively pursued ethnomusicological research of Arab musical culture by German scholars in the 1920s and 1930s in connection to the Berliner Phonogrammarchiv in general, where Schiffer’s recordings are collected.

Finally, another central aspect is the recently discovered guest book of Schiffer's salon in Egypt. Numerous artists and intellectuals from all over the world used to meet in this beautiful mansion directly on the banks of the Nile. This conveys an impression of the exceptional atmosphere of Cairo as an international place of refuge during the Second World War. The entries and photographs in the guest book reveal, among other things, Schiffer’s' connection to the Egyptian surrealist movement – for example to the photographer Ida Kar or the writer Jean Moscatelli – a group of artists active since the late 1930s who have recently received increased scholarly and public attention.

As this newly discovered source has not only scientific, but above all, high aesthetic value, the project partners and AGYA members Dr. Ikram Hili and Dr. Matthias Pasdzierny decided to use it as the basis for the visual-artistic appearance of the volume. Visual elements of the digitalized guest book, photos, entries, signatures, will give the book a very atmospheric extra-layer. At the same time, they serve as a complement and counterpoint to the transcribed letters. Through these elements, Schiffer’s years in Cairo during the 1940s will become vivid once again but in a completely different way: Through acquaintances and representatives of the intellectual milieu of the time. The visual layer is conceptualized and realized by Berlin based artist Katharina Marszewski. 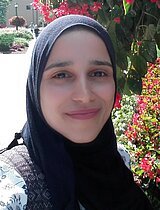 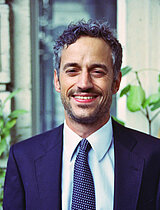