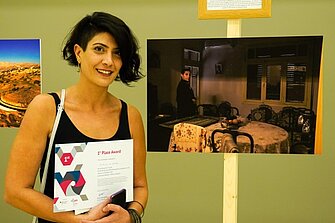 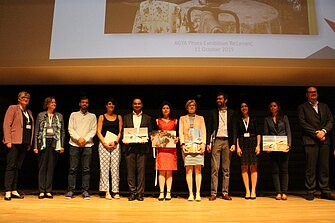 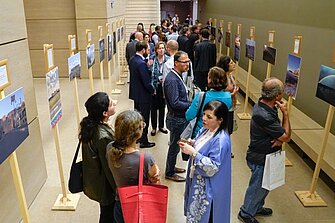 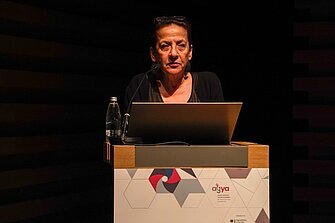 With the first of a kind ‘Re:Levant’ AGYA Photography Competition, AGYA aimed at gaining new perspectives on the Levant as a region, a social construct and a geographical location through photography. This initiative is part of AGYA´s outreach program which aims at fostering Arab-Arab and Arab-German collaboration and interdisciplinary activities on the one hand and tries to reach out to new audiences on the other.

Relevance of the Levant today

Revisiting the notion of the Levant – in Arabic ash-Shām or al-Mashriq – brings the shared common heritage to the fore. The Levant in its narrowest sense comprises nowadays Jordan, Lebanon, Palestine and Syria in contrast to its widest historical sense including all the Eastern Mediterranean. The idea behind the competition was to 'learn more about the region and to express what is relevant in the Levant today', says Dr. Jean El-Achkar, AGYA Regional Coordinator for the Levant and the man behind this initiative. What do these countries have in common, what differentiates them? How do people today identify themselves with this region? Where do they see common chances and challenges for this region and in how far is the concept of the Levant relevant today? Why do these questions matter after all? The countries of the Levant today are physically more separated from each other than ever before in history. The various links that had existed previously and the subsequent free circulation have been interrupted through wars and political developments. How can we contribute to stimulate these missing links again and encourage more collaboration across borders?

Photography seems to be a handy medium that ideally expresses both a vision and gives a glimpse of reality. Photography is a medium of communication. Although it is a universal language, it is not always easy to read images correctly as they activate emotions and usually come without context. On the other hand, their power lies precisely in their ability to appeal to the senses and to spark imagination. This is what makes photography an art.
The photography competition was addressed to anyone interested in photography – amateurs and professionals alike – currently living in the Levant. The echo was considerable. More than 70 photographs from Lebanon, Jordan, Syria and Palestine were submitted, out of which the jury members Prof. Dr. Bilal Orfali (AGYA alumnus), Bahar Sayyas (Director of the DAAD Office Beirut), Prof. Dr. Birgit Schäbler (Director of the Orient-Institut Beirut), Ziad Mikati (AGYA Advisory Board member), Prof. Dr. Julia Hauser (AGYA alumna), Aline Manoukian (Photographer), and Issam Uraiqat (Editor of Alhudood) chose ten photographs for the final round. The images were very diverse depicting for example a girl on the beach in Gaza, a girl in Lattakia selling roses, churches next to mosques in Tripoli, people in the old city of Jerusalem, or the citadel of Aleppo.

For the award ceremony, the ten photographs chosen by the jury were displayed at the Sursock Museum in Beirut. The first price (€1,500) went to Nadine Al Koudsi from Syria. Her photograph shows the melancholic scene of a woman standing in her somber dining room, totally isolated from the outside. Life seems to have come to a standstill, suspended between the morbid present and an unknown future. The second price (€1,000) went to Moustapha Abdel Wahed from Lebanon and the third (€500) to Mohammad Zaanoun from Palestine. The People´s Choice Award (€500) went to Mohammed Tamimi from Palestine. In addition, the participants whose photographs were part of the exhibition had equally been invited to attend the ceremony. 'It was a great opportunity to communicate and to actually meet through photography', said one of the finalists of the competition.

Under the umbrella of science diplomacy, Mrs. Susanne Ruppert-Elias, representative of the German Federal Ministry of Education and Research (BMBF), emphasized in her welcome address at the award ceremony the importance of strong partnerships between Arab-German and Arab-Arab researchers. Joint efforts are essential to tackle problems such as pollution, food and water supply, etc. which the region is facing today. Furthermore, Mrs. Ruppert-Elias stressed the importance of scientific networks and durable partnerships at eye level such as promoted by AGYA.

On the level of cultural diplomacy however, the evening had several contributions to make in the fields of literature, history and music. Lebanese novelist Hoda Barakat read a short piece entitled 'Sad Levant', recounted from the perspective of the people fleeing war and poverty across the Mediterranean. Prof. Dr. Birgit Schäbler, professor of Middle East History at the University of Erfurt and director of the Orient-Institut Beirut, gave insight into the notion of the Levant from various perspectives and across time. In her lecture, she pointed out the strong link between the Levant and cosmopolitanism, multilingualism and cultural diversity. In this sense, Rami Chahin is a true Levantine: The Syrian composer and AGYA member presented two contemporary compositions for qanun, voice and nay, in which different musical languages – European and Arabic – constantly overlay and create a polyphonic encounter.

Encounter, which does not always come without challenges and demands openness for the new, was the motto of the photography competition and a leitmotif throughout the evening.