Across the globe, -the COVID-19 pandemic has exacerbated inequalities and increased socio-economic disadvantages that challenge the stability of societies. In this tandem project, AGYA members Dr. Sarah Carol and Prof. Dr. Ahmad Amro focus on the health and socio-economic situation of internal Palestinian refugees, Bedouins and majority-group members (non-refugee, non-Bedouin population) in the West Bank (Palestine) in light of COVID-19. The West Bank is important to study as it is a country shaken by instability and conflicts over a long period of time. Solidarity between groups is particularly at stake here, as it is shaped by territorial conflicts. Competition over scarce resources such as medical care, and political recognition of minority groups makes it highly relevant to study. Moreover, the West Bank hosts native minorities, which is an interesting contrast to Western European research centred on immigrant minorities.

The goal of this project is therefore to assess the health situation of the Palestinian population, their trust into the health-care and political system, and relations between minorities and majority group members. The project generates relevant knowledge for academia as well as the broader society on how the Palestinian society is affected by the pandemic. This may help politicians and NGOs to identify the challenges and tackle them, accordingly.

The Field Survey in the West Bank

The core of this tandem project is a survey among 800 people representing three groups in Palestine:

•    150 Bedouins (from the Jahaleen, Ka’abneh, and Rashaydeh tribe),
•    250 internally displaced individuals from the West Bank (from the Alfawar, Dheisheh, Aqbat Jaber, Alamari, and Balata camps), and
•    400 Palestinians who are not Bedouins or refugees.

Vulnerable minorities include predominately Bedouins and internally displaced Palestinian refugees both groups without fixed dwelling. The AGYA members’ first hypothesis was that both minority groups are particularly hit by the pandemic in terms of their access to health care. Already before the pandemic started, their communities in the West Bank displayed lower levels of well-being as previous research revealed. The collected data indicates that access to health care and medication has worsened throughout the pandemic for all groups in the West Bank, but particularly for Bedouins and Palestinian refugees. Overall, internal Palestinian refugees contracted COVID-19 more often than the majority group and Bedouins due to cramped living conditions. They reported even more deaths within their network.

Regarding mental health, the majority group and to some extent the internal refugees report more often than Bedouins a feeling of depression compared to before the pandemic. Bedouins seem to have found their own way in dealing with the pandemic and report to pray more often than before. Besides the health situation, the socio-economic situation worsened in Palestine, leaving more people unemployed due to restrictions, and restricting the access to food particularly for Bedouins. This affected the living circumstances tremendously. The survey also revealed a perceived increase of violence within the community, particularly reported by the majority group.

Secondly, the AGYA members’ hypothesized that the solidarity between minority and majority has been tense during the pandemic. Indeed, a significant in-group favouritism and out-group rejection in who should be prioritized for a booster shot can be observed. Internal refugees, prioritized their own group for a booster, and the majority ranked their own priority of vaccination and the Bedouin’s higher than for internal refugees, whereas Bedouins saw themselves and the majority as equal.
Yet, the survey findings underline that there are also good news. More equality has been achieved in several areas (e.g., access to vaccines and information, as well as the internet). The majority of all groups identifies with Palestine and believes that regardless of nationality, ethnicity, and religion, people are coming together to help each other. They also show relatively high levels of trust and satisfaction with the government and UN healthcare.

Sarah Carol and Ahmed Amro concluded that the pandemic has affected groups differently leaving minorities more affected in their health and access to medication, and the majority in terms of mental health. All in all, substantial impact is visible in the survey data, and the question to be answered in future research is the one of how the Palestinian society will return to a post-COVID society and which traces COVID-19 will leave. 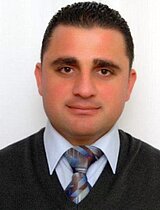 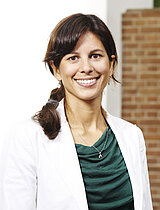