Digital technologies have affected literature and culture, their authors and audiences. So has the transition from oral to script culture – many centuries ago. The AGYA conference explored the impact of ‘new media’ on modes of cultural expression and debate cultures in Arab societies.

In the last decades, the Arab world has witnessed the emergence and broad diffusion of 'new' media, most prominently the Internet. The opportunities provided by these new communication technologies have not only inspired and empowered a younger generation for political dissent, but have also fostered the emergence of new modes of cultural expression, literary styles and genres as well as new layers of readers and writers.

Digital media, however, is not the first ‘new media’ to appear in the Arab world. The adoption of Internet technologies in recent times could be compared to the transition from oral to script culture that took place in the 9th century, the spread of print technologies after several centuries of a flourishing manuscript culture in the 19th century, or the emergence of audio-visual media (radio, TV, photography, film) in the 20th century. The transhistorical perspective has proven useful in the field of media studies in general, but requires further exploration with specifics to the Arab region.

With regard to different media at different historical moments (9th - 21st century), the conference aimed at exploring how the emergence and diffusion of ‘new media’ or communication technologies in Arab societies have affected the (conditions of) literary and cultural production, distribution, and reception and how cultural debates are shaped by the use of different media. The conference has involved scholars of various disciplines specialized in different time periods and practitioners in the cultural field. It rovided an interdisciplinary, transhistorical perspective and to reach out to a wider public beyond the academic sphere. 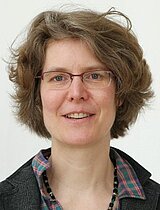