Fes was the first city in Morocco to host a university-level gender studies programme, at the Sidi Mohamed Ben Abdellah University. More recently, it also served as the host city for an international conference on ‘Gender Equality in the Arab World and Germany: Challenges and Prospects’ organized by the Arab-German Young Academy of Sciences and Humanities (AGYA) in cooperation with the Fes-based ISIS Centre for Women and Development. The conference was held at the International Institute for Languages and Cultures (INLAC) from 29 November to 03 December 2018 and included lively interdisciplinary debates from a wide range of participants on the situation of women in the two regions.

Eight years after the Arab Spring, conference participants in Fes reflected on the legal and political outcomes for women following the region’s 2010-2011 wave of popular revolts. Despite the initial optimism many women felt around the Arab Spring uprisings, conference participants acknowledged that long-term gains for women had indeed been sparse. Topics discussed included the need to raise the alarmingly low political participation rates among women in the region, which are currently among the world’s worst, as well as the potential compatibilities and tensions between Islamist policies and women’s political and legal empowerment. While some speakers emphasized and traced the conceptual roots of gender equality in Arab philosophical thought, others addressed the lingering regional mistrust of modern feminism as a western import in conflict with Arab culture.

In relation to women’s empowerment in Germany, conference speakers discussed how there still is room for improvement despite the country’s relatively highly ranking in international standards on matters related to gender equality. For example, part-time jobs and care work in Germany are still overwhelmingly performed by women, in addition to women being more prone to poverty during pension time. Moreover, participants acknowledged that Arab women living in Europe suffer from intersectional discrimination; they are discriminated against for their gender as well as along the lines race and religion. Specifically, Arab migrant and refugee women in Europe tend to work in the informal economy. This exposes some of them to exploitative conditions, including increased risks of sexual violence and limited workers’ rights. Research shows that women held in refugee camps, such as in Ceuta or certain Arab countries, suffer even more, from issues like low mobility, sex trafficking, limited economic opportunities and being away from home.

After discussing the many challenges facing women in the Arab world and Germany, the workshop participants also gathered recommendations for improving women’s situation in both regions. These included legal and political measures, as well as other areas like the arts and sciences. Art was specifically highlighted as a tool to reach and empower illiterate women, by transforming them from an object of art to its active creators. Conference participants also discussed how science can better empower women by actively promoting gender equality in academia and supporting women in leadership positions at universities and research institutions. Ways to foster qualitative support for women’s empowerment were emphasized, as the number of highly educated and professionally qualified women already rivals if not surpasses that of men in a number of sectors in many Arab states. Despite women’s impressive numbers, however, men still hold a clear advantage in obtaining advanced positions in academia and business. Finally, participants agreed that establishing more departments for gender studies at Arab and German universities could help counter nationalist and patriarchal discourses on women’s role in society.

As part of the workshop, participants also had the chance to explore the old city of Fes with a discussion on the role of women in the history and cultural heritage of the city. The multicultural and interdisciplinary mix of speakers and participants, from eight countries and a wide range of disciplinary backgrounds, enriched the conference and resulted in enlightening debates. It also affirmed that, across different cultures and disciplines, gender equality remains an unattained goal, requiring sustained efforts for women’s empowerment in different aspects of life. 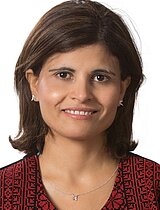 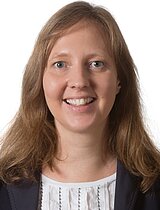