While migration is a timeless phenomenon, the recent massive influx of refugees into Lebanon and Germany made political decision-makers, civil society as well as companies and the media develop new strategies for managing migration and integrating the newcomers into the respective society. AGYA members Tamirace Fakhoury (Lebanese American University) and Carola Richter (Freie Universität Berlin) engaged in a Lebanese-German teaching cooperation to compare and discuss the situation in Lebanon and Germany. The focus lay on international aspects and on institutional co-operation in dealing with migration as well as on the role of media in representing refugees, shaping discourses about them and empowering them.

In March, ten Master’s students from the Institute for Media and Communication Studies at the Freie Universität Berlin participated in a study trip to Lebanon where they joint their fellow students at the Lebanese American University in Beirut for a week of discussions and excursions. The four-day program offered introductory lectures at the Lebanese American University, followed by a discussion at the Beirut office of the Konrad-Adenauer-Foundation, during which the students learned more about the complex historical and current political developments in Lebanon. On another day of their trip, the students had the chance to visit the headquarters of the United Nations Refugee Agency (UNHCR) in northern Lebanon, which provides governmental-like support in the registration and care of refugees. In accordance with the research focus of the seminar, the group also met with journalists and filmmakers to discuss how the issues of migration and flight are reported in the media.

The participating students have set up a blog with articles and pictures of their study trip to Lebanon.

In June, AGYA members Tamirace Fakhoury and Carola Richter conducted the second part of their bilateral seminar on 'Comparative Perspectives on Refugee Politics'. This time, the students of the Lebanese American University  visited Berlin to explor refugee realities and politics in Berlin together with their German fellows. During the three-day program in Berlin, the two AGYA members and their students met the makers of the news platform amalberlin.de, the Syrian developer of the app Bureaucrazy, the people behind the platform for media professionals in Germany called 'Mediendienst Integration', civil society initiatives like Start with a Friend or 'Neue Nachbarschaft // Moabit', and experts of the Friedrich-Ebert-Stiftung. The students also visited the German Historical Museum and the refugee shelter 'Tempohome' at the premises of the former airport Tempelhof.

In the light of the heated political discussion about cross-Mediterranean migration, Tamirace Fakhoury and Carola Richter sought to enable their students to explore the actual situation, the measures and the implications of refugee politics in a comparative perspective. The seminar thus enabled the students to critically evaluate current international and national politics based on a more informed position. It might also provide them with ideas on how to engage in concrete initiatives to strengthen civil society activities in their country of origin. 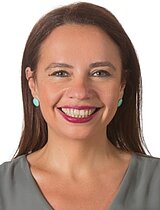