How can you interact with stories written a thousand years ago? How can aesthetic and performative questions in literary texts be visually reformulated? These questions are answered in the Arabic language book publication ‘Invoking the coral in choosing the beloved’.

In the words of the ancient Arabs, there are three things that are impossible: the ogre, the phoenix, and the faithful beloved. Does this saying express the impossibility of friendship among Arabs? There are many texts that celebrate friendship and stories of friends in the books of Arab heritage. The Arab philosophers dealt with the concept of friendship, as did the Greeks and others. This book, from the series of the Arab Library for Youth, deals with the concept of friendship as the Arabs knew it, as shown by the Arab culture, and the writings we received from the medieval era.

The book is published as part of the Young Arab Library Series, an initiative of the Arabic Library of the New York University Abu Dhabi’s Institute, in the context of its interest in appreciating Arabic literature for young people and the contemporary reader in general. This series adopts the Arab Library's approach to reviving heritage and restoring it with its diverse and different genres and themes. 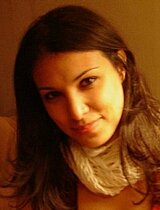