A baby seal robot called PARO has played a prominent role in animal therapy in hospitals and senior citizens homes in Japan and Europe since 2003. PARO has become the darling of many a patient successfully replacing live animals If demand of social robots like PARO was to increase, the robot-human interactions will expand social and cultural communication patterns.

With the advances in robotics and affective computing, the relationship between robots and humans in society is changing. The combination of context-awareness, motoric skills and affective behaviour opens a wide field for robotic assistants or even robotic companions. Films like WALL-E (2008) or Her (2013) show that robots or artificial intelligence are no longer just means to an end but start to be seen as cultural entities. However, are we ready for 'social robots'?
Do areas like care, health and entertainment really benefit from machines using sensors and artificial intelligence to establish 'affectionate interaction' with humans? They could revolutionize the way we care for elderly people, the way we teach and learn and even the way we define the concept of family or companionship. Famous examples like Paro already give an impression of the societal potential of affective robotic behaviour.
If social robots are becoming our pets and even our caregivers, we need to determine the technological, societal and ethical potentials and limitations of their usage. Under which conditions can robots become companions and what are the ethical issues that might arise in such a human-robot companionship? While such questions have been addressed on a theoretical level by social sciences and computer science, empirical studies are rare. This is especially true when it comes to intercultural studies.

With the comparative study conducted in this AGYA project, we aim to carry out a pilot study for future international projects in the area of social robotics. Based on the findings of an introductory Delphi study, we will execute an international survey focusing on the acceptance of social robots. With participants from European and Arab countries, the responses will present a wide spectrum of perceptions.
The project will address questions as: Do people from Arab countries prefer robotic companions in housekeeping functions while people in Germany prefer them as caregivers? Are there different perceptions related to gender? Does the acceptance of social robots correlate positively with income and education? The findings will also allow to identify areas of application which are both within technological reach and ethically acceptable. Thus the project creates added value, as future research projects can make informed decisions on the route to take.
The results will be published in an international journal. In addition, a conference will be organized which is dedicated solely to this project. This AGYA conference will take place from 27-29 June 2018 on Corfu, Greece. This event will bring together leading experts in the field of robotics to discuss the results of the pilot study and offer a platform for future collaboration on an institutional and a personal level between Arab and European participants. It is part of PETRA 2018, the 11th ACM Conference on 'Pervasive Technologies Related to Assistive Environments'.

By clicking on this preview image, YouTube videos will be shown on the website www.agya.info. Please note that after activation personal data are transferred to YouTube. After clicking on this video preview image, all videos of the AGYA website can be viewed permanently without activation in the individual case. You can cancel the permanent activation again by using the opt-out option on the AGYA Privacy Policy page.

Social Robots are on the rise, but will they be part of our society just a few years from now or is this all just science-fiction? The Affective and Cognitive Institute (ACI) of the Offenburg University of Applied Sciences explains what social robots are and how they can be used. The video is in German with English subtitles. 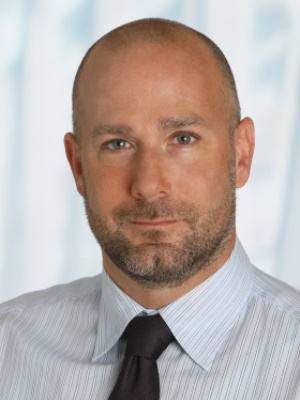