Traditional Mediterranean agriculture generates high-value environmental landscapes that permit the sustainable cultivation of a wide variety of crops. Due to rapid population growth, urbanization, climate change and poor resource management policies in some Mediterranean countries, however, the agricultural potential of the region is currently in jeopardy.

High-ranking experts from Austria, Benin, Egypt, Germany, Morocco, Spain, Tunisia, Turkey and the United Arab Emirates gathered in Barcelona on 22–23 November 2018 to discuss the ‘Evolution of Mediterranean Agriculture’ in an international conference organized by AGYA members Dr. Salma Balazadeh and Dr. Henda Mahmoudi in close collaboration with the University of Barcelona and Max Planck Institute of Molecular Plant Physiology. ‘In a highly interdisciplinary approach, we invited speakers from agronomy, food science, crop breeding and agricultural economy as well as archaeologists and historians to discuss historical developments and future visions of Mediterranean agriculture in order to tackle prospective challenges’, summarized Dr. Balazadeh.

Dr. Gottfried Liedl, one of the keynote speakers, was highly enthusiastic about the interdisciplinarity of the conference: 'As a humanities scholar of economic history among many natural or technical scientists from the fields of plant biology, agricultural sciences, biotechnology and mechanical engineering, I experienced the international exchange of experts on Mediterranean agriculture, its historical and future developments as a very successful, highly informative and professionally enriching event. Combining perspectives of different disciplines and approaches to research can be very challenging, however, surpassed my expectations. The knowledge gain was considerable.' By offering a socio-historical perspective on different agricultural trends in the Mediterranean, Dr. Liedl addressed the region’s social context. He introduced the successful concept of 'Islamic Agriculture' which is characterized by small scale peri-urban agriculture surrounded by nomadic lifestyles in regions with highly challenging environments of very limited fertile land and finite water resources. Lessons from this era of Mediterranean agriculture, he suggested, could still be relevant for addressing challenges today.

The same conclusion was drawn by agronomist and speaker of the opening keynote address Prof. Dr. José Luis Araus from the University of Barcelona who is convinced that future solutions must be embedded in the region’s social context. He took a long-term perspective on Mediterranean agriculture, noting that we have witnessed a decrease in crop yields and biodiversity for quite some time now. Because these developments occurred despite modern technology and scientific advancements over the years, Prof. Araus argued that technology alone cannot solve the problems of agricultural decline in the Mediterranean.

Salt-tolerant halophyte plants are considered to be promising candidates to overcome these challenges. Prof. Dr. Chedly Abdelly, General Manager of the National Agency for Scientific Research Promotion in Tunis (ANPR), therefore looked ahead to the future of Mediterranean agriculture by focusing on halophytes as true survival experts. In his view, salt tolerant plants like halophytes present an exciting prospect for improving agricultural yields in Mediterranean coastal areas with saline soil. As he explained, ‘halophytes contribute to the desalination and fertilization of soil and thus positively impact the stabilization of saline soils. Moreover, halophytes are a good source of biomass for energy production.’

A more hands-on approach to Mediterranean agriculture was, however, presented by Mr. Kuamivi Olivier Zaga, President of the NGO Z-FUNDS in the Republic of Benin, and a farmer by himself. Specialized in the innovative, sustainable and resource-saving concept of organic farming, his organization Z-FUNDS provides agricultural services focused on education work and capacity building. At the AGYA conference, Mr. Zaga shared best-practice examples for modern small-scale agriculture, including how to tackle global challenges like resource scarcity, climate change, globalization and shifting demographics.

In contrast to organic farming and the cultivation of alternative crops such as halophytes, molecular biologist Prof. Dr. Bernd Müller-Röber of the Max Planck Institute of Molecular Plant Physiology and the University of Potsdam stressed the importance of genome research for agriculture. He provided a very different perspective by advocating the use of genome research for improving plants’ ability to resist disease and stress. Genetically enhancing the molecular properties of plants, he suggested, is the best way to facilitate increased crop yields in the Mediterranean, even under harsh conditions.

Though the conditions for plants in space are even more inhospitable than on Earth, Prof. Dr. Ismail Turkan from the Ege University in Turkey and Tohoku University in Japan discussed the potential benefits of colonizing and cultivating agriculture on the moon. He argued that colonization of the moon represents a viable alternative to the loss of arable land from urbanization, the competition between food and energy production (biofuel), finite water resources and high population growth. As an experienced plant physiologist, however, he advised preliminary investigations: 'Aiming to grow plants in space, it is crucial to investigate analogue environments on Earth.'

A capacity building component of the conference offered young scientists the chance to share their visions and ideas for the future of Mediterranean agriculture in two competitive poster sessions on the themes of ‘Innovations in Agriculture’ and ‘The Evolution of Agriculture in the Mediterranean Basin’. Of the many excellent presentations, Mr. Mohamed Ali Mahmoudi from the University of Tunis El-Manar won the Best Poster Award for his presentation on ‘Agri-Geomatics: The Big Data Revolution in Agriculture’.
The conference in Barcelona showed that if Mediterranean agriculture is to survive sustainably into the future, such interdisciplinary knowledge exchange between academic experts and practitioners from diverse countries and cultural contexts will be indispensable for devising the innovative solutions needed to tackle existing and prospective challenges. 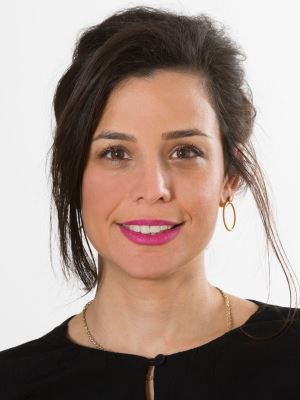 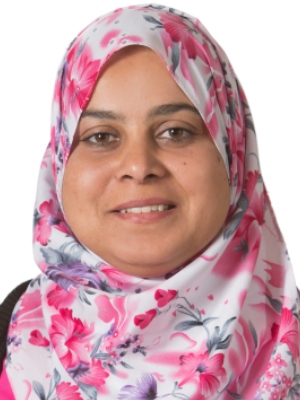